Nigerian-born British professional boxer Lawrence Okolie has been spotted in Lagos. The 29-year-old took to social media to share photos of himself in Lagos.

Okolie who was born in London, United Kingdom is of Nigerian descent because of his parents.

Okolie, who holds four titles; the Commonwealth Boxing Championship, British Championship belt, European Championship, and the WBO Cruiserweight is back home to meet his native people.

The British-based boxer visited the Lagos Boxing Hall of Fame Gym to participate in an exhibition.

While at the training facility, Okolie took part in an exhibition bout while mentoring and watched some of the local pugilists showcase their skills.

Okolie, a native of Igbuzor, Delta State is also expected to visit Delta State Governor, Ifeanyi Okowa before returning to his base in the United Kingdom.

Okoli, born to Nigerian parents has a record of 18-0 and is expected to unify the cruiserweight division later this year. 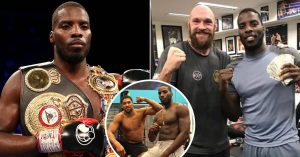 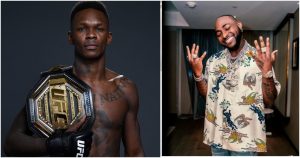 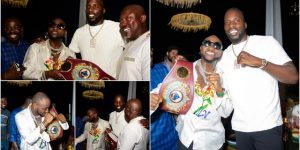 For the second consecutive season, the Europa League final has gone into penalties with Frankfurt the latest winner. Former Arsenal...

Chelsea should go for him' - Reactions to Calvin Bassey's performance for Rangers against Frankfurt. After his performance in the...

The deal stipulates that players from both men and women teams "pool and share" the otherwise unequal prize money paid...

Has always been unstoppable’- FIFA praise for Nigeria and Barcelona star

The world football governing body celebrated the achievements of one of the outstanding players this season. FIFA has celebrated the...

Osinbajo meets APC governors ahead of his presidential declaration on Monday