On the 7th anniversary of the Saudi invasion, the Nigerian people took to the streets in support of Yemen

Yesterday, after Friday prayers, the Nigerian people took to the streets and condemned the crimes of the Saudi regime against the people of Yemen

Nigerians came to the streets yesterday and held a peaceful march after Friday prayers on the occasion of the seventh anniversary of the Saudi attacks on Yemen, condemning the Saudi attacks on the people of Yemen and the unprecedented humanitarian crisis in the country.

It should be noted that since the beginning of the Saudi-led Arab Coalition invasion of the Yemeni people, the people of Nigeria have always expressed their support to Yemen on various occasions and in different parts of the country, calling for an end to the war in Yemen

READ ALSO:  Biden: Putin could use chemical weapons against Ukraine

Nigerian Muslims called themselves Yemenis in the demonstrations, calling for an end to the genocide and massacre of the Yemeni people

Saudi Arabia, with the support of the United States, the United Arab Emirates, and several other countries, has launched a military invasion of Yemen and land, sea, and air siege since March 2015
The outbreak of war by Saudi Arabia and its allies in Yemen has so far killed and injured hundreds of thousands of Yemenis and displaced 4 million 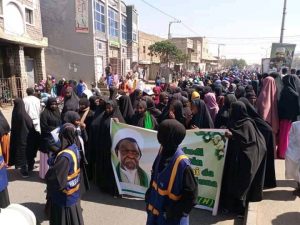 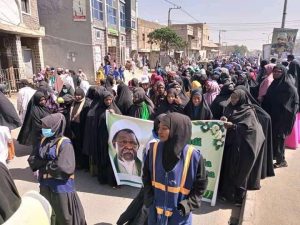 Finland and Sweden have applied to join the North Atlantic Treaty Organization (NATO) as Russia’s invasion of Ukraine enters its...

Over 100 celebrities and artists have signed a statement calling for accountability over Israel’s killing of Palestinian-American journalist Shireen Abu...

US President Joe Biden on Thursday (local time) hailed the “momentous” applications of once-neutral Sweden and Finland to join the...

Israeli terror group calls for ‘demolition’ of Dome of Rock

A far-right Israeli group, which has earned infamy among Palestinians as a "terrorist" outfit, has called for the "demolition" of...

Algerian lawmakers have submitted a bill to the People's National Assembly, which would criminalize the establishment of relations with the...