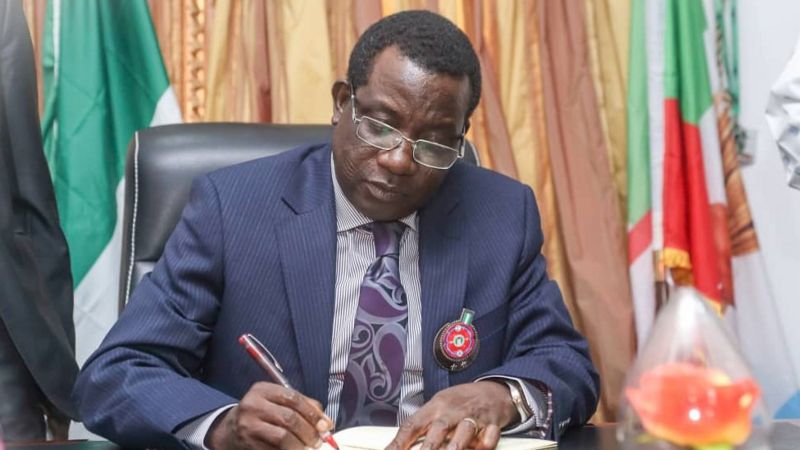 Plateau State Governor,  Lalong, has confirmed the sacking of Chief Letep Dabang as the chairman of the All Progressives Congress (APC) in the state.

Governor Lalong made the announcement during a lecture and dinner organised for stakeholders as part of the activities to mark the June 12 Democracy Day, which was held at the Rayfield Government House in Jos, the state capital, on Saturday night.

“He’s here with us. I saw him trying to send a text message using his phone and I said, ‘Let me stop here and recognise him before he’ll suspend me.’” said Governor Lalong

Dabang was replaced by his Deputy, Enough Fanmak.

Meanwhile, Dabang’s suspension was contained in a letter written to him by Sen. John Akpanudoedehe, the APC’s National Secretary, Caretaker/Extraordinary Convention Planning Committee.

The letter dated June 11, 2021, partly read, “The Party is in receipt of a correspondence suspending you from office as the State Caretaker Chairman of Plateau chapter of our party, over anti-party activities.“