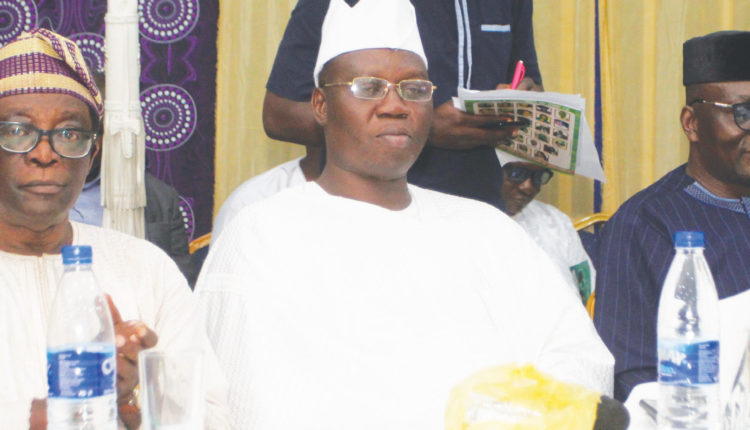 Nigerians have not met the ex­pectations they yearned for when the country returned to participatory democratic governance on May 29, 1999 after many years of military anti-politics, according to Mrs. Chidi Onyemelukwe, a governorship aspirant on the platform of Peoples Demo­cratic Party (PDP).

Reflecting on Democracy Day on June 12, Onyemeluk­we said 22 years after, de­spite huge expectations, the consensus seems to be that Nigeria has regressed badly, adding “Nigeria is more frag­ile today than it was when the country returned to dem­ocratic rule in 1999”.

In a statement issued by her media office in Awka to mark this year’s democra­cy day, Onyemelukwe, first daughter of second Republic Vice President and one of the earliest advocates of Nigeria’s return to democracy, the late Dr. Alex Ekwueme, said the country must find the cour­age to make honest assess­ments about its journey.

“As we reflect on the prog­ress, or the lack thereof, made so far, we must find it in us to make honest assessments of where we are.

“From the way I see it, the democracy many struggled for, made sacrifices and took great personal risks for, and indeed paid the ultimate price for, is not delivering expected results as of yet.

“People are hungry, angry and feel very visibly unsafe. There is an alarming infla­tion rate and an even more alarming youth unemploy­ment rate. Almost all the indi­ces are pointing southwards.

“In consequence, many Ni­gerians have lost hope and are now defaulting to self-help. Insecurity in the country is expansive even as Nigeria’s civic and democratic space continues to shrink, and un­governed spaces expand.”

“We are currently faced with numerous challenges, it takes commitment, dedi­cation, sacrifice and noble intentions to get through the rough pitches that we are ex­periencing, but with God on our side, we will overcome.

“The people and the gov­ernment hold the key to the solution of our problems and we must work together to make our local government and Edo State great again,” he added.

Imhandegbelo appealed to residence of Esan South-East to work in harmony with the Obaseki-led administration to bring the dividends of de­mocracy to the doorstep of its citizens.

Chief Martin Onovo, Head, Policy Positions, Movement for Fundamental Change (MFC), has described the current All Progressives Congress (APC) administra­tion led by President Muham­madu Buhari as the worst the country has had.

Onovo, the 2015 presiden­tial candidate of the National Conscience Party (NCP), who spoke to Sunday Independent on this year’s Democracy Day, said his organisation belongs to and support the groups that wished to mark the day with a ‘Buhari must go’ campaign.

He maintained that the campaign was the most appropriate as Buhari had shown himself to be the worst ruler ever in Nigeria and the greatest enemy of democracy in Nigeria.

Onovo stressed: “The prin­cipal pillars of democracy are the rule-of-law and the ‘integ­rity of the ballot’. Both have been deleted by the ruling party through the Gen. Bu­hari government.

“Violations of the constitu­tion are routine. Violations of court orders are with impuni­ty. INEC after the fraudulent 2019 charade elections got to court to deny its own server that could have exposed their fraud.

“Another important fea­ture of democracy is pop­ular participation through representation. With Gen. Buhari’s globally acclaimed ethnic bigotry and religious fanaticism many groups have been almost totally excluded.

“The most severely af­fected groups are Northern Christian and South-east­erners. The Southern Gov­ernors forum implied this very clearly in their com­munique.”

Onovo maintained that sectionalism had been vio­lating the principles of de­mocracy and the Nigerian Constitution, stressing that Buhari had never attempted to conceal his envy, hatred and desperation to exclude the South East.

“This cannot be tolerated in a democracy. The most appropriate theme for this year’s Democracy Day is ‘Buhari must go’. That is our position and that is our cam­paign,” he added.

Chief Emmanuel Okas Wike, President, Nigerian Institution of Estate Survey­ors and Valuers, on Saturday called on the Federal Govern­ment to do everything neces­sary to deploy all available security apparatus towards ending the endemic problems of insecurity, kidnapping, banditry and all forms of vi­olence in Nigeria.

Wike, who made the call in his congratulatory message to Nigerians on democracy day celebrations, urged the political actors not to lose sight of June 12, 1993 and ensure that the labour, strug­gle and sacrifices which had been invested to ensure the survival of democracy in Ni­geria are not in vain

“It’s been 22 years of un­interrupted democratic gov­ernance in our great nation. We thank God for the political stability we have been enjoy­ing.

“Though often challenged, but by the grace of God, by hard work and determina­tion, we have been able to survive several odds and cross many bridges in the last 22 years. And to the glory of God, the process is getting more and more entrenched, and the dividends are trick­ling in by the day.

“I salute those who made this day possible, most par­ticularly those who sacrificed their lives for us to have the much cherished democratic rule we are celebrating today.

“We are indeed indebted to them. They are our heroes. I also congratulate Nigerians, the beneficiaries of this na­tional rebirth for their pa­tience and resilience in the past 22 years.

Nigeria Still Not In Tune With Abiola’s Ideals – Gani Adams

Adams, on Saturday, at the commemoration of the annual June 12, 1993 elec­tions anniversary, organised by the Oodua Peoples Con­gress (OPC), with this year’s theme, ‘June 12 and National Integration’, said it was sad that after 22 years of switch from military to democracy in 1999, Nigeria is still not in tune with the worthy ideals that the late MKO Abiola lived and died for.

He said that Abiola, would never be happy in his grave that the democracy he lived and died for turns out be auto­cratic in nature and practice.

Lamenting the clamp down on freedom in the na­tion by the present admin­istration, he said that Nige­ria was at war with itself because of a section of the country that “have always be­trayed the trust which is the bond that binds us together as a nation”.

A good example of this he stressed is the federal govern­ment’s ban and suspension of Twitter platform.

“As far as I am concerned, it is another ploy to tamper with the citizens’ rights to freedom of speech and ex­pression. And if the Federal Government succeeded in banning and suspending twitter, it would easily do the same for other social media platforms.

“Now that the Federal Government has said all so­cial media platforms must be registered to continue operating in the country. We must follow the trend and rise against skewed regulations. We must stop this excessive use of federal might to trun­cate the ideals of democracy,” he further stated.

Corroborating, the guest lecturer, Prof., David Awora­wo, HOD, Department of His­tory and Strategic Studies, University of Lagos, noted that the annulment of the June 12, 1993 was a setback to national development as Nigeria was worse off now.

Prof. Derin Ologbenla, Department of Political Sci­ence, University of Lagos, who bemoaned the political class being Nigeria’s prob­lem, said to sustain Abiola’s aim, equal opportunity and fairness for all should be pro­moted.

He added that it had be­come “absolutely necessary now to restructure Nigeria”.

Nigerians Have Gone Through Many Challenges – Dimka

Dimka in a statement, said within the last 22 years of uninterrupted celebration of democracy, Nigerians had gone through challenges that certainly tested the souls of men and women.

According to him, the na­tion had had to grapple with the economy, insecurity, health concerns and all man­ners of criminalities which include kidnapping, banditry and terrorism.

Dimka said: “We cannot but channel our energies to concrete dialoguing between and amongst the various re­gions and ethnic groups that make up the Nigerian feder­ation.”.

The Senate Committee chairman on Drugs and Nar­cotics stressed: “It is only in understanding our differ­ences that we can appreciate where we should be talking about where we desire to be, should be the concern of our people generally.

CAN Asks Churches To Ob­serve Prayers

In commemoration of June 12, Democracy Day, Christian Association of Nigeria (CAN) has asked churches across the nation to observe special prayers in their services today, so as to end social injustice and re­store peace in the land.

A letter signed by CAN’s secretary, Rev. Daramola Bade Joseph, reads: “I write to notify you of the request of the Federal Government of Nigeria to the Christian As­sociation of Nigeria (CAN) to organise National Prayers for the unity, peace and prog­ress for the nation in order to commemorate the Democra­cy Day.

“In view of the above mat­ter, the CAN President, Rev. Dr. Samson Olasupo Ayokun­le, has approved June 13, 2021 for the National Prayers to mark Democracy Day in all Churches across the nation.

“You are to kindly com­ply with this instruction and organise this prayer in your various local Church­es to mark Democracy Day. Please, note that this prayer would go on simultaneously in all Churches across the Nation including the Nation­al Church.”

The Nigeria Union of Journalists (NUJ), Delta State Council, has stated that corruption, acquisition of wealth, nepotism, injustice, inequality in the distribu­tion of dividend of amenities and other vices inimical to a healthy nation have overtak­en the Nigerian democratic space.