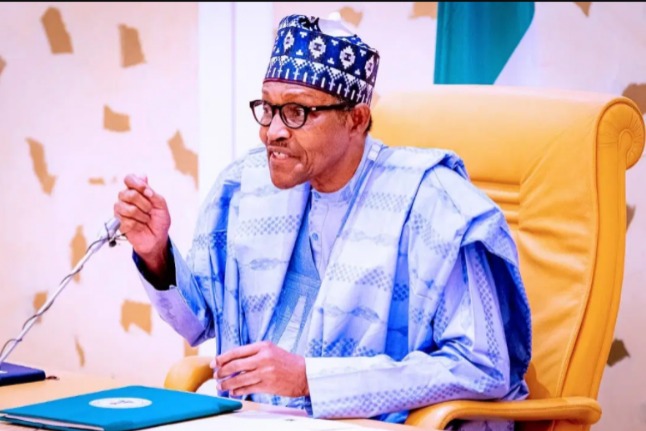 President Muhammadu Buhari has said the contentious issue of restructuring, true federalism or devolution of powers remains a constitutional matter, which only the National Assembly could address.

President Buhari spoke yesterday when he received members of the Nigerian Inter-Religious Council (NIREC) led by Co-Chairmen, Sultan of Sokoto, His Eminence, Alhaji Muhammad Sa’ad Abubakar and President of Christian Association of Nigeria (CAN), His Eminence, Rev. Dr. Samson Supo Ayokunle, at the State House, Abuja.

President Muhammadu Buhari has said the contentious issue of restructuring, true federalism or devolution of powers remains a constitutional matter, which only the National Assembly could address.

President Buhari spoke yesterday when he received members of the Nigerian Inter-Religious Council (NIREC) led by Co-Chairmen, Sultan of Sokoto, His Eminence, Alhaji Muhammad Sa’ad Abubakar and President of Christian Association of Nigeria (CAN), His Eminence, Rev. Dr. Samson Supo Ayokunle, at the State House, Abuja.

At the meeting, the President said: “On the contentious issue of restructuring or true federalism or devolution of powers, as you all know, this is a constitutional matter with which only the National Assembly can deal. 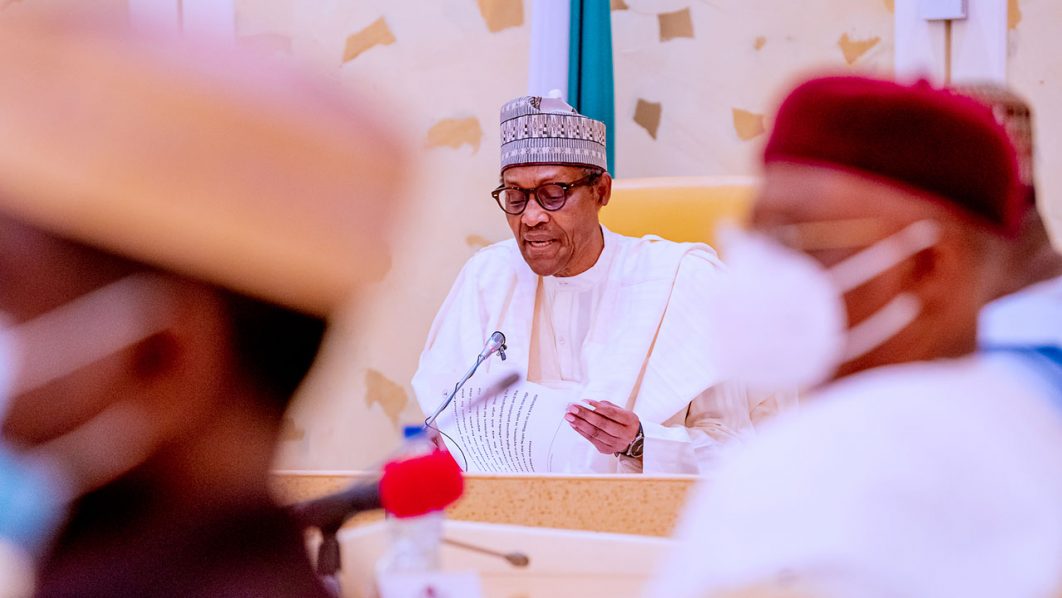 “I remain an unapologetic believer in devolving power to the people and that is why I signed the Executive Order granting autonomy to State Legislature and Judiciary.

Unfortunately, this was met with some resistance at the state level and led to a more than two months strike action that has cost the country a lot of pain.

“Luckily the National Assembly has nearly completed the constitutional review process, which I hope would address some of the burning issues agitating the minds of our people.’’

President Buhari gave the assurance that efforts were already on to create a more conducive environment to address both direct and indirect causes of the current challenges.

He appreciated the religious leaders for their significant roles in national development, particularly in shaping perspectives.

“Your role is critical in putting the correct perspective out to Nigerians,” he said.

On security, the President told the religious leaders that the government was already going after financiers of criminal elements, who also supply them with arms, but were constrained by the strike by Judiciary workers.

“Fortunately, this strike has been called off and prosecution of some of these people would soon commence, while our security agencies expand their network in closing in on the others,” he added.

President Buhari reiterated that his administration remains committed to “quickly pushing this dark side of our history behind us and we are currently making sure that funding would not hamper our efforts.”

According to the President, the last Federal Executive Council meeting approved some funds for the security agencies, which would be put to judicious use.

“As I mentioned yesterday in Lagos, we would not relent in our efforts at clearing these criminals from all parts of our land including the forests,” Buhari added.

He said the government would play the major part to in providing security, adding: “But besides the imperative to abide by democratic processes is the important aspect of support of the citizenry to the security agencies by providing relevant and timely information.

“I must confess that I am more pained than anyone can imagine with the ongoing security challenges because, like you noted during your meeting, they have increased the hunger, pain and anger in the land.”

The President thanked the religious leaders for their patriotism and commitment to ensuring peace and understanding.

“I have listened to you and I am particularly happy that your meeting clearly identified specific and major roles for both the government and the people of Nigeria. This is what has been lacking for some time in the national discourse on addressing our current security challenges,” he added.

Responding, NIREC, led by the Sultan of Sokoto and President of Christian Association of Nigeria (CAN), Rev. Dr. Samson Ayokunle, thanked the President for the onerous assignment of leading the country, advising government to fund the Armed Forces better to confront the myriad of security challenges facing the country, block sources of illegal arms and publish names of those funding terrorism and try them.

They also canvassed the recruitment of more policemen, strengthening of the judiciary and tackling unemployment by creating jobs for youths particularly.

On separatist agitations in the country, NIREC noted: “It is in our togetherness that we are stronger.”